There is an increasing trend of TV serials all over the world. However, people feel that the entertainment industry is spreading hatred among family members as it destroys peace.

Pakistan’s Chief Justice Saqib Nisar, on Wednesday, said that the country’s Supreme Court will not permit Indian content to be aired on Pakistani TV channels as it “damages our culture”.

Nisar’s opinions came as a three-member apex court bench heard an appeal lodged by the Pakistan Electronic Media Regulatory Authority (Pemra) against the High Court’s decision to completely ban the broadcast of ‘Indian content on TV channels in the country’, Dawn newspaper reported.

Pemra’s counsel Zafar Iqbal Kalanauri told the Supreme Court that foreign content was prohibited on court orders before a High Court issued a stay. The authority’s Chairman Saleem Baig added: 65 per cent of the content telecasted on Filmazia channel was ‘foreign’ and that the number sometimes goes as high as 80 per cent. At this, the Chief Justice remarked: “We will not allow Indian content to be aired on (Pakistani) channels.”

On being told that “Filmazia was not a news channel but was an entertainment channel and that it did not do any propaganda”, the Chief Justice countered the Pemra counsel by saying: “It is, however, damaging our culture.”

In 2016, Pemra had imposed a ban on showing Indian content on local television and FM radio channels. The report said that the decision was mainly seen as a tit-for-tat move after similar actions were taken by some channels and the serial industry in India against Pakistani content and artists.

Lahore High Court lifted the Pemra-imposed ban in 2017, stating it ‘null and void’ as the federal government had no complaints regarding the same. However, in October 2018, the Supreme Court reinstated the ban on the airing of Indian content on local television channels. 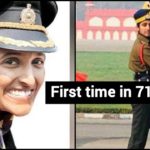 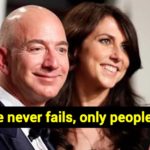