Usually, ‘Apple’ hits the headlines more often than not for its brand quality considering its price tag. For so long, the Tech giant carved out a reputation for itself as a leader in manufacturing some top-notch devices, easily outsmarting other smartphone devices in the market.

But recently, the manufacturing giant saw a massive decline in their business as they lost a whopping $450 million in the last three months.

An American yoga instructor and a travel blogger, by the name of Colleen Grady, annoyed quite a few people after she said that Indians were ‘too poor’ to buy iPhones. She was then termed as racist and then got severely criticized for her behaviour.

In an Instagram post, the blogger said that she lost her 5-month-old iPhone X device on the busy streets of Jaipur. “Yep, I lost it in the poorest most overcrowded country I have ever visited and one of the most scammy tourist cities in all of India,” she wrote, saying that she didn’t expect to get it back since the phone was “worth more money than some people in this country will have in their whole lifetime”. Anyone who finds it “probably would not even know what to do with it,” she said.

Grady said, “We called the family and zipped around on their motorcycles to get back to my computer to try to find my iPhone. Then I found out that it is irrelevant if your phone is on airplane mode. The owner of the guesthouse left some messages to my phone in Hindi in case anyone found it. And I just was still frozen in shock.”

However, later on, the same day, she received a call from an anonymous person who informed her that her phone was found. “But then an hour and a half later someone called back from my phone. We raced again on a motorcycle through the chaos to meet some stranger in a dark alley to retrieve it. (All I was thinking was should I have brought my mace?) lol,” she joked.

I’m a brown person currently working an iPhone X to type this message. If I met Colleen in real life it would shock her so much that she’d stand up the normal way.

"Hardly anyone in this country has an iPhone"
Read an article not long back from Apple saying how India alone has more than 10 million users of their mobiles lmao !!
Doubt all this even happened.
Star Plus Drama at its best. https://t.co/GaXzARmrd8

‘Mindbodycolleen’ – her mind is so impure that any amount of yoga won’t help cure anything. She deserves to be in an asylum.

My eyes need mace from reading this post. what an ungrateful hoebag pic.twitter.com/WrrSlQO5GX

Wow. Just wow. This is so white, it's blinding. Just astounding how racist this person in India is being. Just, wow. https://t.co/05TJySMKcH

Why is this MindBodyColleen even allowed to make a living off Yoga when she thinks India is such a poor dirty country and that Indians can't afford anything and have no brains? Why?

Somebody returned the damn thing (she did not just find it) and she still has the gall to talk nastily about the people.. "scammy, poor, overcrowded".. Wow. "worth more than they'd make in a lifetime" how can somebody be so.. desensitized and horrible?

Do you realize @mindbodycolleen just posted an epic racist tirade concerning a country who's culture she profits off of appropriating? Doesn't make me want to try your product.

Imagine talking smack about a country whose culture you literally flaunt on social media. mindbodycolleen or might I say another-racist-dweeb maybe grow just atleast a little bit of awareness #theprivilege pic.twitter.com/ulyqofGkUm

I’m pretty sure a significant percentage of people working in Silicon Valley developing magic western tech like the iPhone X come from the “poor, overcrowded, scammy” country, which btw is my home. And oh I’m tweeting from an iPhone. pic.twitter.com/UskfM766ym 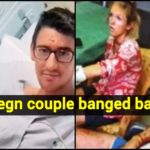 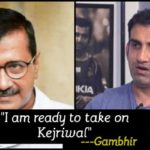