Yes, it was a happy new year for many lovely couples in India. India celebrated 2019 with around 70,000 newborn babies which is the highest globally as reported by UNICEF.

As per the reports from PTI, 3,95,000 babies were expected to announce its arrival all around the world. Out of these 18% births were in India. It may be noted that half of the total number of births were expected to happen in 8 countries including the likes of India, China, Pakistan, United States and Bangladesh.

Join us in welcoming the beautiful baby girl of Alka and Thakur into this world. The baby girl was born at 12.20 a.m. at a hospital in Delhi. Both the baby and mother are healthy.
“She is best new year gift and a blessing,” say the proud parents.#EveryChildAlive #HappyNewYear pic.twitter.com/OYDg4PMIXF

As far as Sydney is concerned it is 168 newborns while Tokyo and Beijing gave birth to 310 and 605 babies. Dr Yasmin Ali Haque, UNICEF India Representative had said that this New Year everyone should have an aim to fulfil every right of every girl and boy, laying the first stone with the right to survive.

Fiji, located in South Pacific was the first country to give birth to new babies. On the contrary, the U.S will be the last one.

Little Vivek was one of the first babies born in #India in 2018 and he’s about to turn 1 year old tomorrow!
His parents’ have been counselled well on his health and upbringing. He’s had all his vaccinations and breastfed by his mother and is a bundle of joy.#ForEveryChild, love pic.twitter.com/zeCeOtjBmA

Roughly, 386,000 babies were born on January 01, 2018. In the previous year, Vivek was the first baby to announce his arrival in India to parents Yashodha and Arvind. 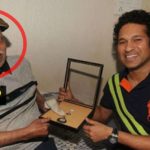