An Indian-origin boy stole the spotlight on “Voice Kids UK TV show” with his mesmerising voice and left everyone including the judges in awe. The boy by the name of Krishna sang ever so well and what followed up was easily predictable.

Yes, the audience thoroughly enjoyed the song and they applauded him and some even started to dance on following the song tune. As you can see in the video, Krishna entertains the crowd by singing ‘How Deep Is Your Love’, a famous English song that is well-known to music worms.

And all of a sudden, he changes the tune to a famous Hindi song, ‘Balam Pichkari’ which took everyone by a surprise. The judges- Pixie Lott, Danny Jones and Will.i.am couldn’t stop themselves from shaking their legs. Feast your eyes by watching this video below:-

The 10-year-old boy is not just a good singer but has also a great sense of humour too. Will.I.Am was seemingly in awe of the harmonium to which Pixie joked, “Will wants one now!”. To this Krishna replied, “Go to India and buy one!” 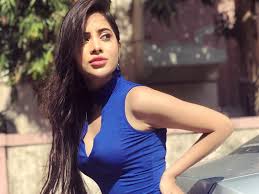 Muslims have issued Fatwa, given death threats to me over my cloths: Reveals Urfi Javed

With 8000 runs and 400 wickets, this international all-rounder forced to driver Truck for living

When Tiger Shroff gave the best replies to questions, check it out