There is no hiding to the fact that our country is in the grip of statue fever of late. Of all the structures, Statue of Unity was the one that gained too much attention from across India for its tallest structure, as it stands 182 metres, which is the tallest statue in the country. After Statue of Unity in Gujarat, other states too follow suit to build respective statues to honour their leaders.

Talking about the upcoming statue of Chhatrapati Shivaji Maharaj in the Arabian Sea, adjacent to the coast of Mumbai, will cost the Maharashtra exchequer a mammoth Rs 3643.78 crore. The construction of the project will be over by the year 2022-23.

As per a report by PTI, the state cabinet had prolonged administrative approval to the project report and sanction to the overall expenditure of Rs 3700.84 crore. According to the official sanction given by the state government, the total cost is now down by Rs 56.70 crore, stated a government order (GR) issued last week.

The Maharashtra government on December 19, extended administrative approval to the total expenditure of Rs 3643.78 crore over five years, which includes survey and investigation of the site to the implementation of security measures by the police.

The construction of the statue is estimated at Rs 2581 crore, while Rs 309.72 crore would be the GST and Rs 236 crore would be spent on security infrastructure whereas Rs 45 crore for permanent water and electricity supply at the completed statue, the GR said.

The statue work process, construction of sea all will start in 2019-2020, according to the timetable set by the government.

“Amounts of Rs 112.68 crore, Rs 56.34 crore and Rs 140.85 crore are allocated for a contingency fund, computerisation, and centage charges, respectively. A project management consultant would be paid Rs 82.46 crore while Rs 76.73 crore is for construction of jetty”, it stated. 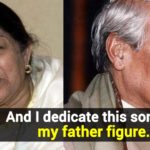 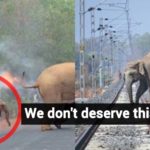