Prime Minister Narendra Modi is just a day away from inaugurating Bogibeel Bridge i.e tomorrow on December 25. It should be noted thaat Bogibeel Bridge is India’s longest rail-road bridge, linking the north and south banks of the Brahmaputra, falling in the eastern part of Assam and Arunachal Pradesh, a senior railway official said according to PTI.

The grand ceremony to mark the inauguration of the bridge coincides with the 94th birth anniversary of the former prime minister Atal Bihari Vajpayee, who drew his last breath in August. “The PM will inaugurate the bridge on December 25 which is also marked by the government as Good Governance Day,” the official said.

It will be the 2nd largest bridge in Asia with three-lane roads on top including a double-line railway track below. Bogibeel is part of infrastructure projects approved and planned by India to enhance the logistics along the border in Arunachal Pradesh.

Bogibeel Bridge will cut down inter-state travel time- Arunachal Pradesh to Assam. It is believed that this passage will help the people of Arunachal Pradesh by saving their time on travelling to southern Assam.

At present, a train journey from Arunachal Pradesh to Assam’s Dibrugarh needed a 500 km detour through Guwahati. After the bridge is functional to full effect, the distance will be cut down by 100 km, which will save enough time.

India and China share around 4,000-km border and the connectivity that Bogibeel bridge provides is also quite significant for the movement of troops to Arunachal Pradesh bordering China.

While the former prime minister HD Deve Gowda initially laid the foundation stone for the Bogibeel bridge in January 1997, the work began only in April 2002 when former PM Atal Bihari Vajpayee inaugurated the construction.

The bridge was sanctioned at a whopping cost of Rs 3,230.02 crore. The cost of the Bogibeel Bridge was then revised to Rs 4,857 crores, primarily due to cost escalation and expansion in its length to nearly 5 km as against 4.31 km proposed earlier.

Historic Day for Railways: In a milestone event, the 1st freight train ran on Bogibeel Bridge, India's longest road-cum-rail bridge with a phenomenal stretch of 4.94 kilometres, connecting Assam with Arunachal Pradesh & opening the doors to enhanced connectivity in the North-East pic.twitter.com/bH97RODDSf 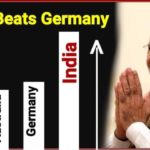 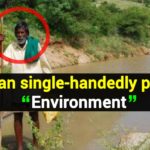