Those were days when boys were tasked with prime responsibilities to run the family as they were considered as ‘major backbones’. They go to offices, stress a lot and work without seeing clock needles to earn wages either daily, weekly or on a monthly basis.

On the contrary, it was not the same case for women as they were forced to follow stringent rules before and after marriage. They had very limited opportunities to study and were always inferior to men. They never really had the liberty to do what men were doing and hence they became homemakers.

However, in the male-dominated society, some women braved all odds to unlock their dreams. Here are the 10 richest women in India as of 2018. They instilled pride in women’s empowerment and showed the world that even women are on par with men.

Shradha Agarwal is the youngest women to feature in the tenth position of the richest women in India. She is one of the founders and the President of Outcome Health, a healthcare technology company based in Chicago. Shradha’s total net worth is ₹8,200 crore.

The former chairperson of Thermax which is an engineering firm takes the 9th spot in the Kotak Wealth-Hurun list. Her total net worth as on June 30 this year was ₹8,550 crore. She joined the company in the year 1985 and gained complete control of the company in 1996 after her husband’s death.

Jayshree holds the position of CEO of Arista Networks. She is placed 8th in the list with an overall wealth of ₹9,490 crore. The company associates with the cloud-networking services.

Sangita is the chairman of the JSW Foundation and is ranked at the 7th place with a net worth of ₹10,450 crore. She is the wife of Sajjan Jindal, the successor of the JSW Group. Her organization runs social development projects by the authority of JSW Group.

She is the chairperson of the private healthcare provider USV Pharma. She occupies the sixth spot on the list with a staggering wealth of ₹10,730 crore.

Kiran Nadar, who is a proud wife of HCL founder Shiv Nadar takes the fifth spot with a staggering net worth of ₹20,120 crore in 2018. She is also an administrator of the Shiv Nadar Foundation and the chairman of the Kiran Nadar Museum of Art.

Having placed fourth in the list of richest women in India, Kiran Mazumdar-Shaw has carved out a reputation for herself as a self-made woman businesswoman on the list. Biocon’s founder and Managing Director has a total net worth of ₹24,790 crore. Quite interestingly, Kiran Shaw also owns a place on the board of Infosys.

Indu Jain is the chairperson of the largest media group, Bennett Coleman & Co. Ltd., stands at the third position in the riches women’s list with an overall fortune worth ₹26,240 crore. She shot into fame in the list among the wealthiest women in India and is leading the famous magazine brands-The Economic Times and The Times of India.

Roshni of HCL Technologies Limited is placed second on the list of richest women in India with a whopping net worth of ₹30,200 crore as per the Kotak Wealth-Hurun list. She is CEO and Executive Director at the HCL Technologies. She is the daughter of the owner of HCL, Shiv Nadar and has been well connected with the company since 2013. At present, she is running the Shiv Nadar Foundation.

Smitha tops the list like a hot knife through butter. The third-generation successor of the Godrej Empire is the richest Indian women now with a mind-blowing wealth of ₹37,570 crore. Smitha sits on top of the board of directors, possessing a one-fifth share in the Godrej group. She shot into prominence in 2014 when she purchased the bungalow of Dr Homi J Bhabha estimated at Rs. 371 crore. 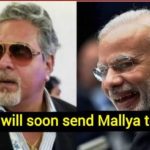 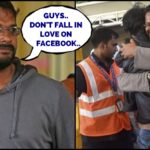