The 20-year-old delivery boy by the name of Sidhu who was out for his routine work in Mumbai stumbled upon a smoke coming out of the Kamgar Hospital in Marol, Andheri (East) and the delivery boy could hear people screaming as they were trapped and cornered with no clues to get rid of the danger zone.

Without second thoughts, he stepped into the scene and rushed to help. While the fire brigade had already arrived the spot, and people were being cleared from the danger zone with a ladder, many were still trapped in the building and screaming for help.

Without wasting any time, Sidhu began to climb the ladder to save the lives of patients. He went about his business and climbed five storeys before he came to know that a glass exterior separated him from the patients in the building.

With the help of stones, he broke the glass and then stood on the window ledge to sneak in and pull people out from different floors. “Unfortunately, two patients fell down even as I helped them on to the ladder. I kept a ladder on the third-floor window ledge for an elderly woman to climb down, but the ledge collapsed as soon as she got on to the ladder. I could do nothing as she plunged down,” said the 20-year-old to The Times of India.

Without even caring about his own safety, the gallant young boy worked along with the firefighters and managed to singlehandedly save ten people, despite being surrounded by dense smoke which made it even tough for him to see or even breathe properly.

Three hours into the serious rescue operation, Sidhu started feeling discomfort and then complained of chest pain to a firefighter. Thankfully, he was taken to a nearby hospital and was given quick medical attention. The doctors who treated him, the boy is alright and is out of danger. “We have to help others in distress, there is no question of being frightened to help out,” he added.

Risking one’s life in a bid to save others’ lives is the fighter’s mentality and Swiggy delivery boy stood by this phrase with boldness and sheer presence of mind. Had it not been for his decisiveness, things could have been a different one altogether. Let’s take a moment to appreciate this boy by sharing this article! 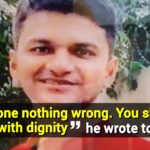 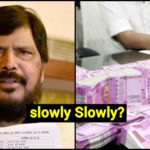