Hamid Ansari, 33-year-old was bonded with his family after he breathed air in India through the Attari-Wagah border on December 18. Ansari returned to India after spending over 6 boring years in a Pakistani jail.

After being notified of Ansari’s release, his parents Nihal Ansari and Fauzia Ansari reached the Attari-Wagah border in Punjab to welcome their beloved son.

Ansari’s family thanked his mother for ensuring her son’s safe return to India. “It was a fight between the aged mother and the system in which the mother won,” Ansari’s cousin Zia Ur Rahman told news agency PTI.

“Yes, it’s really great news. Hamid Nehal Ansari has been released from jail and will be handed over to India at the Wagah Border later this afternoon,” Pakistan-India Peoples Forum for Peace and Democracy (PIPFPD) General Secretary Jatin Desai told IANS.

Let’s take a look at the life of Hamid Ansari and his family over the last six years:

Ansari was brought to the custody by Pakistani intelligence agencies as well as local police at Kohat, near the Pakistan-Afghanistan border in 2012.

Ansari, who is a Mumbai resident reportedly became friendly with a Pakistan girl on social media platform and reached Kohat in Khyber Pakhtunkhwa in an attempt to save her from a forced marriage. He was then sentenced to three years’ imprisonment by a military court in 2015 for having a fake Pakistani identity card.

On December 15, 2015, Hamid Ansari was accommodated in the Peshawar Central Jail after being sentenced by the military court. His three-year jail period concluded on December 15, 2018, but he was permitted to go to India as his legal documents were not prepared. The 33-year-old Ansari was finally released from Mardan jail on December 18 and was moved to Islamabad for his journey to India, as reported by the state-run Radio Pakistan.

On December 18, he was received by Indian officials at the Attari-Wagah route and crossed over to India after the conclusion of the beating-retreat ceremony. He crossed over to India, thanks to the emergency travel certificate issued by the Indian High Commission in Islamabad. A day after arriving India, Ansari met Minister of External Affairs Sushma Swaraj in the national capital.
(With PTI inputs) 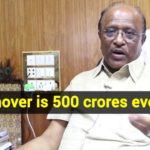 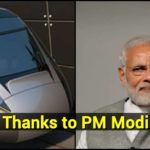