Dozens of naked animal rights activists in Barcelona covered in fake red blood have launched a protest in Barcelona against the country’s fur and leather industry.

Blood-splashed activists from animal rights group ‘Anima Naturalis’ made up a stack of bodies in the Spanish city yesterday to make a stand against the use of animal skins.

‘Anima Naturalis’ group lay down in front of shocked shoppers, tourists and passersby in the city centre while one showed a message on the placard which read: “How many lives just for a coat?”

The Barcelona protest, which claimed that over 32 million animals are slaughtered in the EU for ‘fur’ and ‘leather’, was held in one of country’s main shopping and tourism destinations Plaza Catalunya.

Taking to the social media after the protest, the group wrote: “One more year, Anima Naturalis organises the most shocking action against the use of animal skins.

“We put ourselves in the place of animals that suffer and die in the industry, a way to visualise in human bodies the amount of lives that are lost only to make a fur coat.”

This is not the first time that the animal rights group appeared in front of the public like this. Last year, the same animal rights group wore horns and covered themselves in fake blood in Pamplona in a bid to protest against bull runs. More than 100 activists marched while holding signs that read- “Stop the Bloody Bullfights.”

(With inputs from The Evening Standard) 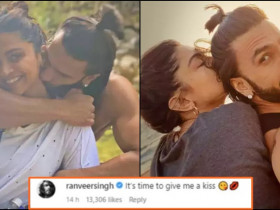