Both Saina and Kashyap had posted several pictures on their social media accounts where they were seen handing over invitation cards to their loved ones in the last couple of weeks.

While there were speculations of the two dating for over a decade, they kept their relationship status as confidential. Both Saina and Kashyap were spotted at public spots quite often and the rumours were widespread that the two were dating each other.

Kashyap recently posted a photograph where he was seen handing over the invitation card to coach Pullela Gopichand. “Thank you anna, Akka and aunty . Pillars of #gopichandacademy . Blessed to be part of this family #gopichandacademyfamily,” Kashyap wrote.

Both Saina and Kashyap chose for matching indigo outfits which were designed by Sabyasachi. Previously, Sabyasachi also took to his social media account to share a photograph of the newlywed couple.

“Saina Nehwal @nehwalsaina in a rich indigo velvet lehenga, intricately embroidered with zardosi, appliqué, pearls and crystals, for her wedding reception. Her look is accessorised with a wedding set crafted with Burmese rubies, uncut diamonds and emeralds from the Sabyasachi Heritage Jewelry collection,” the ace designer described Saina’s look.

“Parupalli Kashyap (@parupallikashyap), wears a quilted indigo sherwani in hand-dyed Murshidabad silk that is accessorized with hand-crafted Bengal tiger buttons. The sherwani is layered with a beautiful tussar georgette shawl with antique ‘tilla’ borders in burnt gold. The look is completed with an uncut diamond and pearl necklace from the Sabyasachi Heritage Jewelry collection,” Sabyasachi spoke about the groom’s look.

Two days later, the power couple hosted a reception in Hyderabad for their dear ones and the couple looked stunning. Let’s take a glimpse of those pictures. 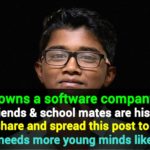