The list of fastest growing cities is bossed by India with 17 among the top 20 cities in the world, as per a global economic research report. It is quite evident that over the next two decades, Indian cities will grow at a rapid pace ahead of other cities in the world. Cool isn’t it?

“When future GDP growth rates are compared, the story is mostly very different. In particular, 17 of the 20 fastest-growing cities in the world between 2019 and 2035 will be Indian, with Bengaluru, Hyderabad and Chennai among the strongest performers,” explained a report from Oxford Economics, a research house engaged in global forecasting and quantitative analysis.

“In particular, 17 of the 20 fastest-growing cities in the world between 2019 and 2035 will be Indian, with Bengaluru, Hyderabad and Chennai among the strongest performers,” said Oxford Economics according to TOI.

Surat, which is the diamond processing and trading centre in Gujarat, is likely to see the fastest growth from 2019-2035, wrote Richard Holt, Oxford’s head of global cities research, in a report. The likes of Agra, Bengaluru, Hyderabad and Nagpur follow next on the list after Surat.

“By 2035, the combined GDP of Indian cities will still be very small compared with Chinese (or indeed, North American and European) cities. However, in terms of GDP growth, it is Indian cities that are the star performers in our forecast,” said Richard Holt, head of global cities research at Oxford Economics. 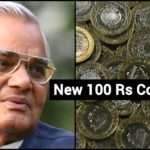