It looks like there are more wedding receptions compared to the Bollywood movies this year and there is no hiding to the fact that Bollywood has witnessed some super cool wedding ceremonies of late. After hearing all the fairytale stories of power couples, Deepika-Ranveer started new innings together followed by PC-Nick.

Rumours are widespread that just like Deepika-Ranveer, ‘Priyanka-Nick are also planning to throw two wedding receptions in Mumbai.

As per the reports from MissMalini, Priyanka and Nick will host a grand wedding reception bash on December 19 at JW Marriot in Juhu for friends as well as family. And on December 20, the power couple will have a jolly time with all the friends from the industry at Taj Lands End.

The lovebirds, as of now, is back in Mumbai after a honeymoon in Oman. 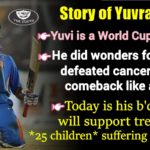