What do you expect as soon as you place an order via Zomato or Swiggy? You’d patiently wait at home while the food is being prepared from the respective restaurant. The delivery guy who is nearest to the restaurant is assigned to pick up the order so that he would be on time to receive the order from the restaurant.

On the dark side, things can go wrong if the delivery guy unzips your food and eats it. Recently, a video is doing the rounds on social media where the delivery guy can be seen opening the bag, taking customer’s food and eating it on road. This is not acceptable by any means.

If he had really bought the food he would eat at home and there is no doubt about it. He will surely not eat some part of the food and cover it. Sadly, he set a bad example. Though we cannot blame the whole companies here, the authorities need to issue a serious warning to the executives and take action against wrongdoers so that this won’t be repeated again!

Moments after this video was uploaded, it spread like wildfire and at the same time, it received negative comments as well. Some were of the opinion that the “guy” should be fired from Zomato immediately whereas some claim that he must have been eating ‘cancelled order’ or his own food.

There is no hiding to the fact that a delivery guy cannot eat the cancelled order and he would have to return the food to the respective restaurant itself. If he is believed to have eaten homemade food, he shouldn’t have done that in broad daylight wearing Zomato company’s uniform because it raises too many eyebrows.

Disclaimer- TheYouth hasn’t been able to prove the authenticity of the video doing the rounds on social media. We are not sure whether he is indeed a Zomato delivery agent or it’s a bogus/prank video. 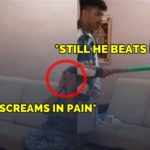 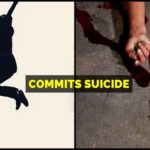