Not so long ago, a man threw chilli powder at Delhi CM Arvind Kejriwal inside the Delhi Secretariat. The unexpected attack happened outside the CM’s chamber right on the third floor while he was leaving for lunch time.

Regarding this attack, the Aam Aadmi Party (AAP) did a press conference. AAP called it a ‘ferocious attack’ and further reported it as a ‘serious security lapse’ from Delhi police personnel. “Even the CM is not safe in Delhi. The man crossed all security barriers and even scanners did not detect the chilli powder.”

But now, a live cartridge was caught from a man who went to meet Delhi CM Arvind Kejriwal late on Monday morning, the city police said. He’s now been detained under the Arms Act.

The man by the name of Mohammad Imran, 39, along with 12 imams and maulvis, went to Kejriwal’s residence with a request to hike the salary of the Delhi Waqf Board staff. When he was body-searched, the security personnel discovered the cartridge in his purse, North Delhi additional DCP Harender Singh added in a statement.

The suspect Imran was handed over to the cops. It was only during Imran’s interrogation, he said that he worked as a caretaker at a mosque in Karol Bagh. Two or three months ago, he found the cartridge in the donation box.

He had to expel it in the Yamuna river, but he didn’t. It remained in his purse itself. According to an ANI report, he said he’d forgotten about it. But still, a serious investigation is ongoing. 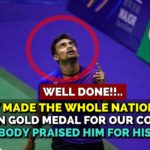 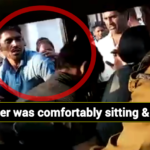