India is in the possession of statue fever now. After the world’s tallest statue, ‘Statue of Unity’ was unveiled on October 31 in Gujarat, few other states joined the bandwagon to announce that they would also install the statues as a tribute to leaders or any other important thing that highlights the city.

Lord Shiva Murti statue to be built at a height of 351 feet will be finished by 2019 at Nathdwara in Rajasthan. Karnataka proposed to build a 125-feet ‘Mother Cauvery’.

Now, Uttar Pradesh CM Adityanath Yogi pledged to build a 221 m Lord Ram statue (bronze) in Ayodhya, the first ever CM to announce this. CM Yogi wants to give a massive tribute to Lord Ram, making it the world’s tallest structure and 40 meters above the Statue of Unity.

The statue is around 221 metres high including a 50-metre base which will be a museum that will portray some display items that are associated with the Ramayana. Moreover, the museum will also have on display a section wholly dedicated to Ayodhya. In addition to that, it also has a section to put on display the 10 avatars of Lord Vishnu.

The Ram statue will be installed on 100 acres of land. Earlier, in an interview with Zee News on Diwali, CM Yogi Adityanath had announced that Ayodhya would be built based on how the Ramayana depicted it. 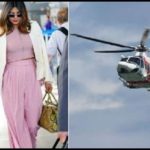 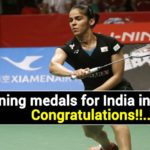