‘Wedding’ is a ceremony where two souls unite. Of all the grand ceremonies, ‘wedding’ is the best thing to ever happen to a couple. Wedding practices vary greatly between cultures, religions and countries.

Planning a wedding in advance helps you to organise the ceremony rather smoothly. It is quite obvious that the concerned family spend tiring weeks preparing for an event. It includes activities like shopping, calling photographers, arranging caterers, sending invites and so on. Usually, the bride and groom steal the spotlight on their iconic wedding. To get that royal look, they tend to focus much on the dress combination so much so that they look ultra-special.

But Priyanka Chopra and Nick Jonas had other ideas. In a bid to ignore photographs and media spotlight, they took everyone by surprise by landing at a wedding venue in a helicopter. Just like Deepika-Ranveer, Nick and Priyanka too are trying to keep their wedding a private affair, due to which the couple will fly from Udaipur to Jodhpur in a Chopper.

As per a report in Times of India, Priyanka planned to avoid pics and media spotlight, when she’s on th way to Jodhpur, Rajasthan. After jetting from Mumbai to Udaipur, she will make a special detour in a charter plane to Umaid Bhawan.

We are yet to receive the names of the people boarding the helicopter from Udaipur. Nick Jonas might join her as well. The same helicopter has also been booked to ferry guests from Jodhpur airport to Umaid Bhavan Palace.”

PC and Nick’s wedding celebrations will commence from November 29, 2018, with a Mehendi ceremony and then a sangeet ceremony at Mehrangarh Fort. Later, Priyanka Chopra and Nick Jonas will host a party for close friends and family followed by a haldi function.

The couple will start their new innings together on December 2, 2018. After tying the knot, PC and Nick will host two special receptions, one in Delhi and one in Mumbai. 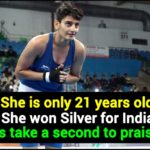