So far so good for the Indian women cricket team. Powered by a good batting and bowling side, nurtured by the skipper Harmanpreet Kaur, India has by far been the fierce force in the iconic ICC World T20 tourney. On Thursday, women’s team beat Ireland by 52 runs to reach World T20 semi-finals for the first time in eight years. It’s a massive achievement!

India will lock horns with Australia which has also qualified for the semi-finals as they beat New Zealand by 33 runs in the last group B fixture which was held on Saturday. Interestingly, the Indian women’s team has won six T20s since September 20 of the calendar year.

India posted a modest 145/6 in their quota of overs. Mithali Raj was the top scorer of the match as she chipped in with a vital 51. The team was tasked with bowling and much to everyone’s expectations, they bowled really well and ripped through the defences of Ireland batting unit.

India’s Radha Yadav was the pick of the bowlers with 3/25 followed by Deepti Sharma’s 2/15 as India restrict Ireland for 93/8 in 20 overs. Congratulations, Team India. The captain Kaur expressed her opinion after qualifying into the semis. She said adding that there is always a room for improvement.

“Happy to qualify into the semis. But a lot of areas to improve. It’s a short format, so sometimes when your main bowler doesn’t bowl according to plan, so you need other bowlers to bowl. That’s why Jemmy and I bowled today,” Harmanpreet said at the post-match presentation. 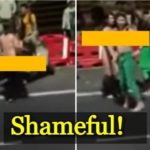 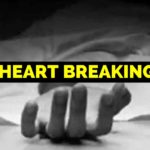