Bollywood star Akshay Kumar is one of the most reputed and skilled actors in the motion picture industry. He gives absolutely everything to entertain the audience and that’s his speciality. Be it a comical character or an army man, he becomes like that and performs it like a hot knife through butter. Akshay is a man of his words. He doesn’t believe in announcements but believes in practical approach and his numerous social works are a testament to the fact.

Akshay has not only extended his services to the film industry but has also won people’s hearts by giving back to society. He has contributed over Rs. 25 lakh for the families of 103 martyred policemen and military-paramilitary personnel.

“We made a list of martyr policemen and military-paramilitary personnel belonging to Kolhapur, Sangli, Satara, Pune rural and Solapur rural region. When Akshay got to know of this initiative, he also decided to join,” Kolhapur range IGP, Vishwas Nangre Patil added in a statement.

“Akshay Kumar sent a cheque of Rs 25,000 and a signed letter to each of the families which we delivered,” the senior IPS officer continued.

“Akshay recently sent me a photograph of a small girl weeping beside the coffin of her father. When I broached the subject of helping the slain policemen’s families, the actor promptly decided to chip in,” Nangre Patil said.

“We are happy that our initiative has made the Diwali of the martyrs’ families sweeter,” he added.

In the letter, the veteran actor has showered praise on the martyred soldiers who sacrificed their lives for the nation. “I am aware that you must be recalling their lovely memories during Diwali. The tragedy that has befallen your family is immense and I pray to god that you overcome this tragedy with fortitude and usher in the new year,” the actor wrote.

We proud of you, Akshay sir. We need more people like u for our nation. Thank you very much for work. You are an inspiration for all Indians. We salute you from the bottom of our hearts. You are a great human and real hero who have been continually working for the welfare of our Indian soldiers and have started a great movement of contributing to them. 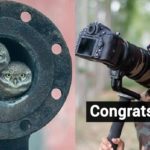