Hailing from Mumbai, when the little man came to the crease and played textbook shots down the ground with MRF willow against Windies in the opening Rajkot Test, there was a strong feeling among the fans that a new Sachin has arrived to dominate the game. Prithvi Shaw is the name!

The bright young prospect perfected the art of timing the balls to perfection as he made good sound with the bat, a high pitch sound that still keeps repeating in our ears. The moment he started his innings by taking the pressure off from his shoulders, there was a strong belief that he would go on to make something big in the game.

Much to everyone’s expectations, he did announce his arrival in style by scoring a fantabulous century on his dream debut at the Saurashtra Cricket Association Stadium, Rajkot. When going about his business, he made it look so easy that he was able to play a typical ODI cricket in the red-ball format. He lost his mother when he was just 4 and he dedicated his century to his superhero dad.

He just took 99 balls to accomplish his feat where he became the second fastest Indian to achieve this feat and the third Indian to hit debut don in just under 100 deliveries. Talk about a remarkable record at this age. After scoring a century, he paced his innings quite well and went on to make 134 runs to his lofty standards of punching and counterpunching techniques. With a flurry of 19 fours, he never tried to take too much risk on his batting as he caressed the balls with relative ease.

After seeing Prithvi Shaw’s knock, even the legendary Sachin Tendulkar applauded his heroics and he wants him to play the fearless brand of cricket. Sachin took to his official Twitter account to say, “Lovely to see such an attacking knock in your first innings, @prithvishaw! Continue batting fearlessly.”

Even other star cricketers, cricket experts and commentators were of the same opinion of lauding Prithvi Shaw’s innings that took the internet by a sensational storm. Prithvi Shaw became the 15th Indian to score a century on his Test debut and the second youngest Indian (18 years 329 days) after the Master Blaster, at 17 years and 107 days, essayed a flamboyant maiden Test century in 1990 against England in Manchester, with an unbeaten 119*.

Shaw is the seventh youngest cricketer, on the whole, to notch up a Test century. The fans started to believe that he is the next Sachin Tendulkar to take the game to another level in intensity. Though it is too early to judge, Prithvi Shaw has all the ingredients to become one of the greats.

Impressed by his overall talent, Delhi Daredevils franchise roped him for $1.2 crore in the mega IPL auction. A few days later, his astute captaincy traits steered India to victory in the 2018 Under-19 World Cup. Having played 9 matches in the cash-rich IPL, he garnered 245 runs with 2 crunchy fifties to his name with a healthy strike-rate of 153.12.

Prithvi Shaw has proved that he can adapt himself in any of the cricketing formats. He has scored a century on his Ranji debut, a century on Duleep debut and now in Test debut. Let’s do hope that he goes about his business to accomplish more records in the times to come. 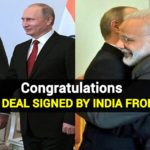