In heartbreaking news, a 24-year-old fisherman, who risked his life to save as many as 60 people’s lives in the deadliest Kerala floods has unfortunately died in a road accident after being run over by a lorry. He was reportedly being left alone unattended for around 30 minutes.

The deceased, identified as Jineesh Jerome was a member of ‘Coastal Warriors’. When he came to know about the disastrous situation in Kerala, he was the first one to spring into action to the floods. His extraordinary tale of duty in relief work has helped people in tough situations.

As per the reports, the fisherman went to Kanyakumari for work. He was riding a bike in Chinnathurai but unfortunately, he lost control while going through a narrow stretch of road at around afternoon on Friday. As he toppled over, a truck coming from behind struck Jineesh. On the contrary, his friend Jagan, who was sitting behind the bike, was left with serious injuries.

Jineesh was buried on Sunday at his native place of Pallivilakam, Poonthura in Thiruvananthapuram district. His funeral was attended by several people including Congress MP Shashi Tharoor who paid his respect to the warrior of the Kerala floods.

Tharoor also wrote a touching message. “Walked in the funeral procession of 24-year-old Jineesh, a hero of the #KeralaFloods credited with saving over 60 lives personally, who was killed when a lorry ran over his motorcycle yesterday. Laid a wreath and prayed for his soul. As the old saw goes, the Good do indeed die young,” he wrote.

Jineesh was the lone backbone of his family. His own home located near the sea was damaged 3 years ago forcing his family to live in a rented place. Jineesh was a fabulous swimmer and diver. He was one among the active team members who decided to use their boats for a serious rescue mission which they launched on the night of 16 August. Let’s pray that Jineesh’s soul rests in peace. 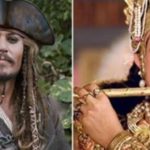 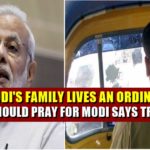