Behind historic success, there is a painful backstory. Most people hear one side of the story and hear nothing about what had happened beyond the scenes. We should remember the fact that behind every snippet of success, there are many struggles and failures that are never heard of.

K Sreenath’s backstory is an inspiration to thousands who are fighting for their dreams:

What is it like studying for the exam when you don’t have study materials? Instead of searching for problems, K Sreenath searched for the solution. That’s why his backstory is something that needs to be told to inspire other youths. He was someone who did not complain about the shortage of resources but was one who made use of the available resources to good effect.

Sreenath comes from a very poor family background. A high school pass-out was as a coolie at Ernakulam Junction in Kerala for the past five years. He didn’t have the luxury to afford study materials. But, he utilised the free WiFi Internet service at Ernakulam station for studying purpose. Much to his brilliance and hard work, he cleared the written test of the Kerala Public Service Commission.

Sreenath said that he appeared thrice for the exam and this is the first time he made use of the free Wifi at the junction. He developed a habit of listening to the study material through his earphones and at the same time, he skillfully balanced the luggage on his shoulders.

This is how he has been studying while at work. He said that he summarizes at night during free time. “I have appeared thrice for the exam and this is the first time I used the WiFi at the station. What I do is put on my earphones and listen to the study material as I carry the luggage or solve questionnaires in my mind. This way I can study while I work. I revise all my work at night when I get free time,” Sreenath told PTI over the phone.

Sreenath aims to be a village field assistant under the land revenue department if he qualifies for KPSC after an interview. “What is my ideal job? A person of some authority to change things in my village maybe,” he said. Despite huge pressure at one end, Sreenath countered to the problems very well.

From what we can learn from Sreenath is that, in every walk of life, we have to prepare ourselves. He was well organised and didn’t rush at the last minute as timely preparations helped him to get through. The Youth salutes Sreenath for his sheer hard work! 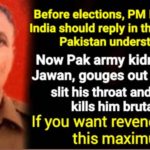