Many people tell that Gautam Gambhir is ‘arrogant’ on the cricket field. But off the field, he is totally a different person altogether. He is one of the generous souls you’ll ever come across. He hits the headlines for all the right reasons. He loves giving it back to the society and his contributions speak for itself.

He was once again in the spotlight quite recently when he wore a saree in a bid to support transgenders at the 7th Edition of the annual event Hijra Habba, an annual gathering of the LGBTQI+ community, where Gambhir cordially invited as the chief guest of the event.

Let’s not forget that he celebrated ‘Raksha Bandhan’ with two transgenders. Gambhir happily got rakhi tied by the transgenders and also shared a picture on his official Twitter account.  Let’s salute this man for his attitude towards humans.

It is cognisance of the fact that transgenders are not being treated nicely in today’s world. They are trolled for their nature and they struggle to get the same status in the society just like the other two genders i.e man and woman. However, generous people like Gautam Gambhir is changing the people’s attitude with heart-touching gestures.

The respect for Gautam Gambhir is growing day by day. Kindly forward this article to others. 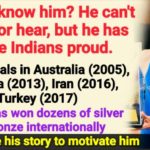 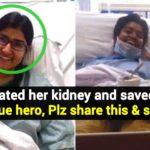