India might not have a significant fan following in boxing. But, the stars are making the headlines for all the right reasons to make the country proud. Indian Boxer Amit Pangal is in the spotlight quite recently as he is nominated for the prestigious Arjuna Award. He came through flying colours in the recently-concluded Asian Games when he won the gold medal.

The 22-year-old boxer and Jakarta Asian Games gold medallist displayed stellar heroics and achieved an epic feat in the quadrennial sporting event. Hailing from Haryana, he was nominated by Boxing Federation of India. Amit Pangal became the 8th Indian boxer to bag the gold medal in Asian Games 2018.

In the same year, he won his second medal which turned out to be a bronze in the light flyweight category of the 2017 Asian Amateur Boxing Championships in Tashkent in May 2017

In February 2018, Panghal once again proved that he is worth the weight in gold as he won the gold medal at the Strandzha Cup in Sofia 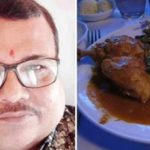