When the deadliest flash flood hit Kerala, people got affected badly so much so that the people had to leave their houses and stay in relief camps. With unfortunate deaths that kept ticking day by day, it scared the people. However, the state saw real heroes emerge as saviours for the victims.

The selfless people, who, without even caring for their own life, sprung into action to give a helping hand to the sufferers. One of those heroes who worked secretly as a volunteer was the IAS officer Kannan.  He came casually dressed just like others and worked without even revealing his identity.

As per the reports from the local media, since Saturday, a young IAS officer has been volunteering at the camp that was collecting the important relief materials for the flood sufferers. Just like all others, he was also busy the whole day carrying and dispatching things at the centre.

But when Ernakulam District Collector turned up at the centre at KBPS press, the other volunteers were stunned to know that the man who was loading and unloading bags along with them turned out to be Kannan Gopinathan IAS, the Collector of Dadra & Nagar Haveli.

Hailing from Kottayam, Kannan took a leave from his duty in a bid to help his home state fighting the flood. Before he started doing the work, he had handed over a cheque of Rs 1 crore from Dadra Haveli to the Kerala Chief Minister’s Distress Relief Fund.

He had previously volunteered in a camp in Alappuzha for days, without even revealing his identity before going to Ernakulam. 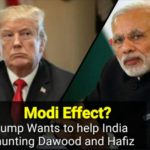