Describe our Indian athletes in one word? Are you running short of superlatives to praise them? Yes, that’s the same case here. Every day, Indians are dominating in almost every sport in the ongoing Asian Games. More often than not, we hear athletes winning medals for the nation. That’s true.

India’s Jinson Johnson hogged the limelight as he clinched the gold medal in the men’s 1500m event. How proud it is to see the athlete of our nation topping the charts. It is indeed an amazing feeling.

The sprinter Johnson ran at a blistering pace as he the lit the track to clock a stunning 3:44.72 sec to bag the top honours just ahead of Iran’s Amir Moradi, clocked 3:45.62sec. This is Johnson’s season’s personal best effort. Johnson earlier bagged a silver in the 800m event.

Bahrain’s Mohammed Tiouali settled for bronze as he finished with a timing of (3:45.88sec). Manjit Singh who shot into prominence with his 800m gold claimed the fourth position clocking 3:46.57sec. 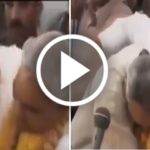