An old video depicting BJP worker Narendra Modi meeting the then Prime Minister Atal Bihari Vajpayee has now gone rife all over the internet. The manner in which Atal Atal meeting Narendra Modi and the latter doing customary Namaskar caught the eyeballs of Indians across the nation.

According to Narendra Modi, Atal Bihari Vajpayee has been an epic source of inspiration. He took to his official Twitter handle to speak about the importance of him. He even shared the best memories of him with his father like figure.

“I have lost a father figure. Atal Ji taught me vital facets of both ‘Shaasan’ and ‘Sangathan.’ His noble thoughts will live on and we will fulfil his dreams for the country,” PM Modi wrote.

“A leader for the ages, he was ahead of the times. Penned some thoughts on Atal Ji, which have also appeared across various newspapers today. Atal Ji’s passing away is a personal and irreplaceable loss for me. I have countless fond memories with him. He was an inspiration to Karyakartas like me. I will particularly remember his sharp intellect and outstanding wit,” Modi added.

“It was Atal Ji’s exemplary leadership that set the foundations for a strong, prosperous and inclusive India in the 21st century. His futuristic policies across various sectors touched the lives of each and every citizen of India. It was due to the perseverance and struggles of Atal Ji that the BJP was built brick by brick. He travelled across the length and breadth of India to spread the BJP’s message, which led to the BJP becoming a strong force in our national polity and in several states,” Modi wrote. 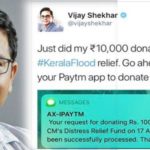 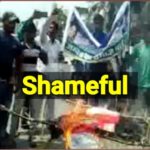