The Dravida Munnetra Kazhagam (DMK) on Friday demanded the Bharat Ratna award, which is nation’s highest civilian award, for their party’s tallest leader M Karunanidhi who passed away in Chennai on August 7.

The party emphasised that the award will be a massive tribute to the late Tamil Nadu leader’s brilliant and excellent work which had left an unforgettable mark in history. Karunanidhi was the only politician to have extended his services for a political party for 50 years.

Kalaignar is one of the main reasons why Tamil Nadu is way ahead in development compared to other states in India. He extended his fruitful contributions as the chief minister of the state of Tamil Nadu for 5 separate terms from 1969–2011. He has been nominated to the Tamil Nadu Legislative Assembly 13 times (from 1957 to 2016 elections)

Kalaignar was a long-established leader of the Dravidian Self-respect movement and 10-time president of the Dravida Munnetra Kazhagam political party. Before stepping into politic, he worked in the Tamil film industry as a screenwriter. He is known for the knack of writing stories, plays, novels, and a multiple-volume memoir and has also made contributions to Tamil literature.

Talking during Zero Hour in the Rajya Sabha, DMK’s Tiruchi Shiva highlighted Karunanidhi as the “tallest leader of the country and a Dravidian stalwart”.

“He lived five years short of a century, out of which he contributed 80 years to the public life, fighting for the cause of the downtrodden, backward and the suppressed people.

“He was an outstanding orator, a prolific writer, a novelist, a short-story writer, a philosopher, a philanthropist and also a dramatist. He was an actor and also wrote scripts for 80 movies,” Mr Shiva said listing the achievements of M Karunanidhi.

“His life cannot be described in words. He was a staunch and untiring soldier. He was fighting till his last breath, for social justice, secularism, state autonomy and self respect.

“I would urge the government to confer upon him posthumously the Bharat Ratna, which will be a real tribute to his outstanding and exemplary work which had left an indelible mark in the annals of history,” the DMK lawmaker said. 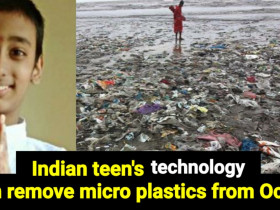