Virat Kohli was so good that he became a solo warrior and managed to steady the ship. After scoring the century, the Indian Skipper looked at the gallery where Anushka Sharma was sitting. He then happily.kissed his wedding ring and dedicated his fantabulous knock to his beloved wife Anushka Sharma.

The run-machine was earlier criticized for failing to perform in England but now he shut the critics in his own style with a sensational century that came at the right place and at the right time. Had it not been for Virat Kohli’s brilliance, the story could have been a different one altogether.

Virat Kohli managed to essay a flamboyant 149 runs to his lofty standards of punching and counterpunching techniques. It’s because of him India’s total touched 274 in the first innings. The Indian bowlers bowled up to their strengths to bowl out England for a modest 180 runs. Indian batsmen are doing their best to chase the target to take a 1-0 lead in the five-match Test series. 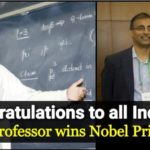 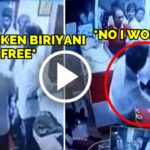