It’s true that we are witnessing some best high-budget films in India. Actors, actresses, directors, producers and other important people who work behind the screens in the build-up to the movies are giving absolutely everything to entertain the audience at the best scene.

This Magnum Opus is Aamir Khan’s dream project and he is curious to make a film on this epic that surfaces love, hate, diplomacy, deception, revenge. Aamir Khan is also aiming to give his best in the movie and also to make the best movie in India till date. To make a magnum opus, one needs to invest a whopping amount and it appears that Aamir Khan has finally got one

According to a report from Mid-Day, Mukesh Ambani is ready to fund a Rs 1000 crore massive budget for Aamir Khan’s movie. However, nothing much is disclosed in the report, barring Mukesh Ambani is interested in investing in this film for the making of the movie to Aamir Khan.

Taking a glimpse at Aamir’s track record, if ‘Mahabharata’ turns out well, it is certain to break all the existing box office records. The ever-so-famous SS Rajamouli, who entertained us with the magnum opus ‘Baahubali’, expressed his interest in making ‘Mahabharata’ with Aamir Khan, Mohanlal, and Rajinikanth. Though, nothing yet is officially announced.

Aamir Khan arguably offended the sentiments of Hindus in the movie ‘PK’. But we expect that he will not do anything which may offend the community again. 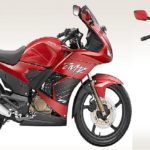 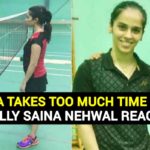