It’s true that Indian athletes are going from strength to strength and their records serve as a testament to the fact. Our athletes are making the headlines for all the right reasons. They are making our country proud by winning medals. With sheer hard work, grit and determination, they are going places not just in India but away from India as well. It’s good to see the stars performing in foreign countries. Time and time again they have proved that they are worth the weight in gold.

Let’s congratulate our Star Indian javelin thrower Neeraj Chopra for winning the gold medal in the Savo Games in Finland on Sunday with a stellar performance. He lit the track by comprehensively defeating his Chinese Taipei rival Chao-Tsun Cheng as the productive players warmed up in the build-up to Asian Games showdown.

Neeraj, the undisputed Commonwealth Games gold medallist and Asian season leader, threw 85.69m in the event held at Lapinlahti, Finland, where he is going through intense training as part of the ideal preparations for the Asian Games, with Cheng managing to get 82.52m to take second place.

Interestingly, the 23-year-old Cheng is the only Asian to have thrown the javelin past 90m, throwing 91.36m in the World University Games in Taipei last year to outsmart the previous Asian record of 89.15m recorded by Zhao Qinggang of China at the 2014 Asian Games in Incheon.

As far as this season is concerned, his personal best so far has been an 84.60m earlier this month in Sweden. Coming to Neeraj, his personal best national record was 87.43m which he achieved during the 1st leg of the Diamond League Meeting in Doha in May. Neeraj has by far been the best so far as he is leading the Asian charts so this season, coming ahead of Cheng and Ahmed Bader Magour of Qatar (season-best 83.71m).

Prior to this, Neeraj bagged gold in the Meeting International de Sotteville-les-Rouen in France. He threw 85.17 metres to clinch the top prize, the second best was Adrian Mardare of Moldova who threw 81.48 meters. The bronze medal went to Edis Matusevicius of Lithuania whose personal best was 79.31 metre. 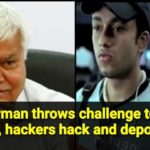 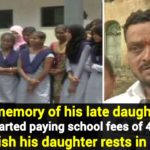