Indian cricket captain Virat Kohli is already going places not just in the game of cricket but also in other business ventures as well. He earns a whopping money through advertisements, endorsements. ell, do you know much does Virat Kohli earns through Instagram per post? The numbers are staggering! Yes, Virat Kohli reportedly earns nearly $120,000 (Rs. 82,50,600 approx) with one sponsored post, which is the highest by any Indian celebrity.

Virat Kohli is ranked 17th in the list of most followed celebrity in the Instagram platform. Whenever he uploads a post, it gets instant reactions in a matter of seconds. Nowadays it’s easier for us to connect with people who are miles away from us and thanks to social media which made our lives a bit easier. You can express your joy by liking a post and if you feel like commenting, you can do as well.

It is true to the fact that we do like and comment especially when a big celebrity shares something. Virat Kohli, who is one of the most celebrated sportspersons in the world has 23.2 million followers on Instagram. It is very much certain that the followers are expected to make a steep bounce in the years to come.

Virat Kohli & Co had already begun their ideal preparations where they will lock horns with England for the five-test match series with the first one scheduled to be played from August 1 onwards. India have already announced their squad for the first three Tests. Rohit Sharma misses out this time around. 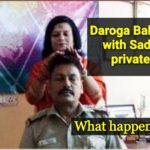 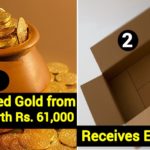