Indian athletes are going above and beyond to make the country proud. We are proud to have such heroes in real life. They not just inspired us but also taught us how to fight and never give up in crucial situations. Today, our Indian wrestler, Sachin Rathi hogged the limelight and made the country proud by clinching the gold in Junior Asian Championships in New Delhi.

Sachin had gone from strength to strength when he defeated Chiranuwat Chamnanjan in the qualifier, Kazakhstan’s Bekzhan Kamchybekov in the quarter-finals and Iran’s Ali Bakhtiar Savadkouhi in the semis.

He successfully won gold by beating Bat-Erdene of Mongolia in 74 kg category final of Freestyle wrestling whereas Deepak Puniya too won a gold medal in the same championship. Indian wrestlers stamped their authority in the ring only to dominate and outsmart the opponents. India not just won 2 gold medals but also won as many as bronze medals as well.

On the last day of the Indian championship, 4 of the 5 Indian wrestlers reached the medal round with Suraj Rajkumar Kokate (61kg) and Mohit (125kg) clinching bronze medals.

We saw Hima Das clinching a gold medal at the IAAF World Under-20 Athletics Championships a week back. Then just a day ago, Muhammad Anas came through with flying colours as he surpassed his previous own 400m national record and won a gold medal at the Cena Noveho Mesta nad Metuji event on Saturday in Prague, Czech Republic.

Today, India’s rising badminton talent, Lakhsya Sen shot into prominence as he went on to win the gold medal in men’s singles competition at the Badminton Asia Junior Championships 2018 in Jakarta. The 16-year old trounced the top seed and the World No. 1 Kunlavut Vitidsarn in back to back games 21-19, 21-18 to clinch the top honour at the event. 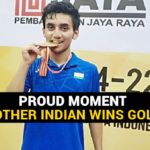 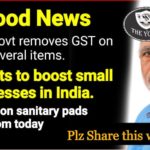