It is disappointing on our part about how we’re getting used to the fact that rapes are a common happening in ourcountry and despite a change in the law, there isn’t a lot of improvement.

The number of rapes cases we get to hear is just increasing with each passing day and it’s about time we find a way to deal with it instead of mourning over it with a candle march.
It’s a very old saying that ‘God helps those who help themselves’ and when the law isn’t doing what it should be doing, we need to take the matter in our own hands to protect our loved ones.

A man needs to be more ruthless than a monster when he thinks of raping a minor and that’s exactly what this man in UP Kannauj did. He hatched a plan to rape a minor girl in the village but things didn’t go well for him. The nation and its people are now tired and will not think twice before they take the law into their hands and that’s exactly what the mother of this mother of this minor girl did.

She beat the man black and blue for attempting rape on her young daughter and there was absolutely nothing that could save this horrendous man from this woman’s wrath. Here’s the video of the accused being beaten in public by a mother who will do anything to protect her child:

On cam: Woman accuses man of rape bid on her minor daughter, thrashes him in public

A braveheart woman thrashed a man in public in Uttar Pradesh’s Kannauj for alleged rape attempt on her minor daughter.

This braveheart woman does not only represent motherhood but also the nation’s anger and frustration. We are tired of waiting for the law to protect our loved ones as we see children getting raped with each passing day. If the government does not take any steps further, this is how the entire nation will turn into and in the need of the hour, this seems just the right thing to do.

What do you have to say about this woman dealing with the accused? Share your views with us in the comment section! 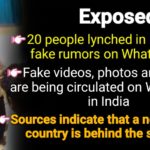 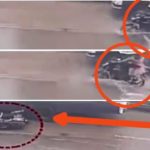