Dreams can be translated into reality if the dreamer has that indomitable will, drive and spark to surge a person on until the goal is attained. Aanchal Gangwal made the headlines as she made it to the Indian Air Force successfully after so many failures. She didn’t give up and set an epitome of hard work, determination and belief.

What really makes this story inspiring is the fact that the daughter of tea-seller understood the pain and struggles of her family and rose to the occasion to create a strong foundation for her future. She hails from Neemuch district in North-Western part of MP. Her ultimate dream is to fly fighter planes.

It was an immense belief in herself that steered her to follow her dreams of joining the Indian armed forces. “When I was in class 12, there were floods in Uttarakhand and I was impressed with the way the armed forces rescued the flood affected and decided to join the forces, but the family condition was not conducive at that time,” Aanchal said.

She is a proud student of Metro Higher Secondary School in Neemuch. She stands at a towering 5 foot seven inch. She was the school captain and also a topper in her class. “I always knew that I had it in me to make it,” she said.

She cracked the police sub-inspectors exam and even joined the training, but she always wanted to prepare for her dream job. “Fortunately, the results of labour inspector exam also came at that time. Here the schedule was easier and I got chance to prepare,” Aanchal said.

But cracking the Air Force Common Admission Test was an arduous task. She saw failures so many times. She was in the interview for 5 times and it was only in the sixth attempt, she finally made it. She was among the 22 candidates selected from all over the country when over 6 lakh students appeared for the exam. Interestingly, she is the only one from Madhya Pradesh to hit the headlines.

Following her selection, she received countless praises from her parents, friends, neighbours and relatives. The state chief minister Shivraj Singh Chouhan took to Twitter to congratulate her.

Her father, Suresh Gangwal who runs a tea stall at the Neemuch bus stand is pleased as punch to see her daughter coming through with flying colours, “Now everyone in the area knows about my “Namdev tea stall” and I feel very happy when people come and congratulate me.”

“I took a loan to send Aachal for coaching in Indore and also financed my elder son’s engineering. My youngest daughter is in Class 12.” Aanchal started her training in Hyderabad from June 30. After that, her dream to fly fighter jets will come true. 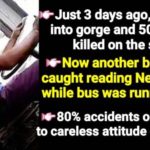