Indian army is not giving any snippet of breathing space for the terrorists to go for the kill. Though the terrorists pitch in to break the peace of the nation, our Indian security forces make sure to neutralise them enemies at the best scene. That’s why we are always proud of our heroes. We run short of adjectives and superlatives to describe them in one word.

Recently, an 11-year-old boy identified as Mohammad Abdullah from Pakistan-occupied Kashmir (PoK) accidentally crossed Line of Control (LoC) on Wednesday. In what was a classy gesture from the Indian Army, they handed him over to the Pakistan authorities with a set of new clothes and a box of sweets after he erroneously crossed into the Indian side.

“The Indian Army stands by its ethos of being a humane force and maintains sensitivity while dealing with innocent civilians,” a defence spokesperson said according to ANI. This goes to show the greatness of Indian Army. It also shows the difference between us.

The boy who must have had wrong opinions on Indian Army must have changed his mind and he would be talking about good things about the army because he was treated well when he mistakenly crossed into the opposite side in Jammu & Kashmir’s Poonch district. We are always better than they can ever be, extremely proud of our Indian heroes. 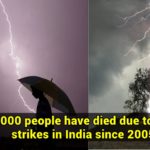 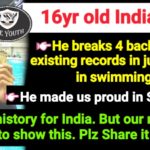