India’s richest person and Reliance Industries Chairman Mukesh Ambani’s fortune has jumped by a staggering Rs.9,300 crores within two days, to hit Rs. 2.84 lakh crore, making him the world’s 15th richest person  according to the inputs from Bloomberg. Amazing isn’t it?

Mukesh Ambani’s wealth has amplified following a steep bounce in the stock of Reliance industries. As far as the potential net worth is concerned, Mukesh Ambani is just behind China’s Alibaba Founder Jack Ma.

The Bloomberg index ranks the top 500 richest persons in the world, updated every day in New York. Mukesh Ambani’s total net worth was at Rs 2.75 lakh crore as on June 19, while net-worth of Jack Ma’s net worth is at Rs 3.11 lakh crore, who is on the 14th rank. It is cognisance of the fact that Amazon.com Jeff Bezos is the world’s richest person. His net-worth is $144.8 billion whereas Microsoft Corporation co-founder Bill Gates has the worth of $92.8 billion.

Oprah Winfrey has also been listed in the 500 richest people. She takes the 483 position and her net worth is Rs. 273.36 crore. Mark Zuckerberg, co-founder of Facebook came close to crossing Warren Buffett’s wealth who is the world’s third-richest person. Mark Zuckerberg’s net worth of $81.6 billion, jumped by $8.8 billion this year. 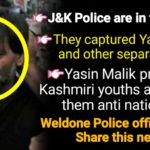