What is Yoga? It means ‘union’. It is originally derived from the Sanskrit root “yuj” which means ‘to unite’. Yoga aims to unite a perfect harmony between body, breath, mind and soul. Yoga is not just bending your body and doing physical exercise but it brings you into a state where you experience the entire universe as a part of yourself – it is such an amazing feeling.

Yoga is a life-changing technique and the most well-known types of yoga are Hatha yoga, and Raja Yoga. Hatha means ‘force’ which refers to a system of physical techniques whereas Raja yoga refers to the goal of yoga meaning ‘Samadhi’ which alludes to a state of meditative consciousness where the mind becomes still.

When you make yourself comfortable in doing yoga, everything functions better in your body which will help you to bring out the best in yourself. People who have been practicing yoga for a long time said that they attained plethora of benefits, thereby it helps to overcome unnecessary factors such as stresses, tensions and anxiety.

Thanks to ancient India for originating such strong disciplines to this world. Today, the whole world is thanking and praising us because we brought this practice into effect. The founder of Yoga, Patanjali said, “Sthiram sukham asanam.” It means that a position that seems solid and comfortable is your asana. Yoga gurus from India promoted yoga to the West after the epic success of Swami Vivekananda in the late 19th and 20th century.

Yoga shot into prominence in the 1980s as a system of physical exercise all across the western world. It is widely practiced in India especially in schools and universities. Yoga can cure almost every disease in the world. On December 1, 2016, yoga was listed by UNESCO as an Intangible cultural heritage, a proud moment for the Indians.

India Prime Minister Narendra Modi  promoted the virtual importance of Yoga in India. In 2014, PM Modi suggested United Nations to celebrate ‘June 21’ as the International Yoga Day as it is the summer solistice, which is the the longest day of the year in the Northern Hemisphere.

“Yoga is an invaluable gift of India’s ancient tradition. This tradition is 5000 years old. It embodies unity of mind and body; thought and action; restraint and fulfilment; harmony between man and nature; a holistic approach to health and well-being.

It is not about exercise but to discover the sense of oneness with yourself, the world and the nature. By changing our lifestyle and creating consciousness, it can help in well being . Let us work towards adopting an International Yoga Day,” Narendra Modi’s speech at UN General Assembly, September 2014.

Yoga makes a huge difference to your body. Let’s take a glimpse at its benefits:

#2. When you practice hatha yoga, it emphasizes much on physical postures, which can enhance cognitive function and thereby it would boost concentration and memory power.

#3. It helps to increase flexibility in the back, shoulders and hamstring. Yoga can reduce anxiety and amplify brain chemicals that helps to counter depression and anxiety-related disorders.

#4. Performing asanas could be more effective in lowering pain which is far better than standard medical treatment for chronic back pain problems. 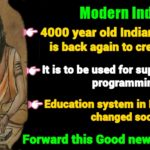