Sambhaji Bhide is undoubtedly one of the strongest and most influencing public leaders of Maharashtra but such is his aura and intelligence, he is admired by Prime Minister Narendra Modi himself.

Bhide has a huge fan base in the Kolhapur region of Maharashtra and has his efforts often result in quick action of the authorities during times of crisis. He is not just very popular amongst the locals but also respected by the Chief Minister Devendra Fadnavis and PM Modi.

One can never predict from his simple looks and down to earth way of living that the man is an M.Sc (Atomic Science) degree holder from the elite Pune Universit and has also served as a professor of Physics in Fergusson College, Pune. Not only this, he was also honoured with a gold medal for his academic excellence and has been a part of the advisory committee in NASA.

His devotion and passion for the country is reflective in his lifestyle and despite having a fan base of thousands with people ready to do anything for him, he leads an extremely simple life. His clothing comprises a dhoti and kurta and in a world of cars, he prefers riding his bicycle.

The devoted Hindutva leader walks with politicians and people alike and despite the popularity, he abstains from mainstream politics. The power and charisma of Sambhaji Bhide can be estimated from the instance when PM Modi visited Sangli and paid ‘Guruji’ a visit stating that he was here not on Sambhji’s request but on order. Similarly, Chief Minister Fadnavis had also halted his helicopter convoy only to meet ‘Guruji’, as they fondly address him, to discuss political matters of high relevance.

The power of a man has nothing to do with their way of living and no one else apart from Sambhaji Bhide can prove this statement right. His vision is bigger than his lifestyle and that’s what we need to progress as a country.

A Human before you categorize her as a female who is obsessed with dogs, loves writing and finds her company in poems more than humans. 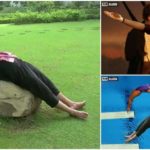 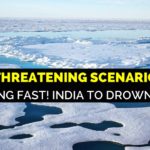