Not many people have all facilities in their locality. During emergency situations when there is no ambulance facility, it is quite to difficult to imagine when the victims are not admitted to the hospital on time. Due to this reason, many have lost their lives unfortunately. In recent news, the 27-year-old bleeding pregnant tribal woman was carried on shoulders for delivery at Attappadi.

The woman, wife of Thenali in Kerala had to be carried by her relatives in a stretcher that was made out of a bedsheet and a wooden log for 7 km to reach the nearby local hospital. The tribals belong to Palakkad district of Kerala and for so many years, there hasn’t been any improvement when it comes to development.

The family members did a great job in admitting the pregnant lady to the hospital on time and the woman later gave birth to a baby girl. The mother and the newborn baby girl are good.

It is learnt that the woman is a native of eastern Attapady, a tribal region in Palakkad district.
“Since no ambulance was available, she was carried in the stretcher made of a bedsheet tied to logs,” news agency PTI said in a report quoting hospital sources.

The unfortunate incident was in the spotlight quite recently after live video aired by television channels of her journey went widespread on the social media platform.

“Her relatives had to cross the Varagar, the mighty tributary of the Bhavani river, which was in spate following incessant rain,” The Hindu said in a report

“Theroad to the ooru is accessible by only 4×4 jeeps. It got flooded after heavy rain. Therefore the woman had to be carried to Arulikonam from where a vehicle could be accessed. One slip on the slippery path would have caused a tragedy. The youth who carried her had to cross Varagaar, a tributary of Bhavani River, which they did with utmost care,” said Kerala Adivasi Aikya Vedi president K A Ramu to the Indian Express.

“At the peak of the infant deaths at Attappadi in 2012-13, the then Minister for Rural Development Jairam Ramesh visited the place and announced a `100 crore package for it.

We had represented that the people of Galasi, Thudukki, Kadakkumanna, Edavani, Thazhe Bhoothiyar and Mele Bhoothiyaar had been facing hardships due to lack of roads, especially when there is a birth or death in the family. The minister had then announced 13 roads under the Pradhan Manthri Grameen Sadak Yojana. A sum of `9.45 crore was set aside for the Edavani road, but they remain a distant dream even after five years”, said K A Ramu. 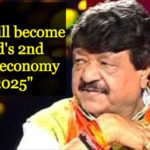 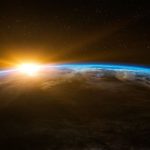