Few Indians know about the history which precedes the Islamic invasion of India. However, it is not their fault, as most of the history taught in schools and colleges, focus only on the rule and success of the invaders, like the Mughals, the Slaves, the Khaljis etc. Young kids are only told about defeats of the indigenous rulers and victories of the foreign invaders. Defeats of Maharana Pratap and Hemu are highlighted, while Akbar is depicted as a great king. Following the information provided in books, most of the historical movies and TV serials do the same.

However, this is far from the truth. Mughals hardly ruled India for 300 years, and the combined rule of all Muslim rulers was not more than 700 years, and that too was restricted to northern India. Only Aurangzeb could rule the southern parts of the country, but his army was in the battlefield almost every other day. Humayun had to take shelter in Iran for more than 20 years, after being defeated by Sher Shah Suri at Kannauj in 1540. Adding to that, there is a perception that the Britishers united India, otherwise we’d have been divided into many separate nations.

But there was a king, who had not just united India much before the Britishers did, but had also defeated the Arabic invaders – who had conquered entire West Asia and North Africa within just 70 years. driven by fears, they did not dare to attack India, for the next 300 years. He was Nagabhatt-I, the ruler of Avantipur (Malwa) who belonged to the ‘Gurjar (comes from ‘Gurjar Desh’, which was the ancient name of Gujarat) Pratihar (protectors of borders)’ clan of warriors. He was also the first ruler of the ‘Padhiyar/Parmar’ dynasty.

Together, they all fought fiercely against the Arabs. Junaid was killed by Nagabhatt-I in a battle at Navsari, where a combined ‘Indian’ army crushed the invaders. A grievously injured Tamin along with those of his men who survived, ran to save his life and didn’t even dare to look back until he crossed the river Indus in 738 AD. They got so scared that the next invasion happened only in 1001 AD by Mahmud of Ghazni. “Not a place of refuge was to be found”, said Arabian chronologer Suleiman, who called Nagabhatt “the biggest enemy of islam, who came in the way of the conquest of Uzain (Ujjain)”.

The ‘Prashasti’ (symbol of glory) pillar in Gwalior, which was constructed by Mihirbhoj or king Bhoj – the descendant of Nagabhatt, in the 9th century, has the story of this huge and historical military success, inscribed on it. While in Europe, people remember and celebrate. ‘The Battle of Tours’ a similar battle which had taken place in 732 AD, Indians have forgotten the event when all rulers from Kashmir to Karnataka had united to defeat the invader and the king who had played a vital role in doing so, a thousand years before the Britishers arrived.

Not much is taught in history books at schools and colleges, neither many movies or TV shows have been made on this story. However, the conclusion and role of the lead character of a recent TV serial Prithvi Vallabh, which was being telecast on Sony TV channel, is very similar to this story of Nagabhatt. The book ‘Sahyadris to Hindukush’, written by historian Aneesh Gokhale, also mentions the historical event prominently. The Youth believes that stories of such a great but forgotten ruler must be known by every Indian. 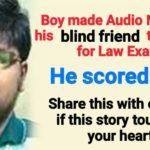 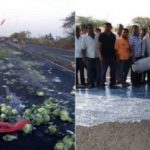