In a bizarre news, a man helped his wife tie the nuptial knot with her boyfriend in Kanpur. Yes, you read that right! Sujit who is a native of Sanigwan, married Santi of Shyam Nagar area of the same city. The wedding ceremony was performed as per the rituals.

However, after living for just two weeks, Shanti over some excuse left Sujit’s home for her parents’ place. “It was when Shanti did not return for quite long, Sujit approached her and asked her about the cause of not returning home. Initially, she skipped Sujit’s queries, but finally one day she broke down and confided with him that she was in love with a Lucknow guy and was married to Sujit against her will,” said sources further.

When Sujit came to learn more about this, he was literally upset over this issue. But later, he had promised Shanti to get her married to her long-term boyfriend Ravi. Sujit had all plans in place as he went on to convince Shanti’s parents too.

“Thereafter, he met Ravi, who too confessed that he and Shanti were in a relationship. Seeing the turn of events, Sujit planned their marriage and then apprised the local police about the plan,” said sources further.

On Wednesday, the concerned people gathered in front of Lord Hanuman temple in Sanigwan area of Chakeri for the wedding that saw a record number of guests. “Initially, negative thoughts were coming to my mind and I even thought of eliminating both, but had I done this, the lives of three people, besides their families, would have got badly affected. So after discussing with elderly members of the family and locality, I came with a conclusion so that all of us can live happily,” said Sujit further.

Residents of Sanigwan stressed the fact that one should pick a lesson from Sujit who has done something beyond imagination. “It was a sweet and lovely gesture from Sujit’s side, one will never forget him for long,” said the policemen at Sanigwan police out-post. 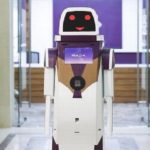 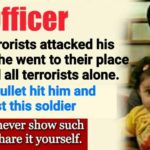