You don’t often stumble upon people making use of the available resources to good effect. The 21-year-old boy TNM Jawad is now a millionaire and thanks to Google. He wrote his success story with help of Google. His mind-boggling story is one that needs to be told to inspire other youths.

Hailing from Kannur, Kerala, the amazing youngster Jawad owns a company that generates an annual income of ₹2 crore. In addition to that, he also owns a luxurious house and a mesmerising BMW car. Everything was possible because of Jawad’s decisive approach to make use of the search engine to good effect.

The talented youngster didn’t rely upon parents’ money but instead, he carved out a reputation for himself as an entrepreneur at a very young age. Today, he is the proud managing director of TNM Online Solutions, a multi-crore IT start-up that deals with e-commerce, web designing and app development, and has a wide range of clients from across the world. The most successful people are the ones who are bound to take risks and make countless efforts to get the job done. Jawad is one of a kind.

When Jawad was just 10 years old, his father gifted him a computer along with an internet connection. Jawad started to develop an interest in computers. His original name is Mohammad Jawad TN, and it was his father who created his Gmail ID.

When the username matching his name wasn’t available, Google came up with an alternative name that read, ‘TNM Jawad’. The name was quite catchy and appealing to him and his dad. This is how the story began to get a little more interesting as time progressed.

“At that point, the user ID with my name wasn’t available, and instead Google came up with the suggestion ‘TNM Jawad’, and the name stuck! When I look back, that instance was the beginning of everything good in my life,” says the 21-year-old to The Better India.

Jawad recalled that he was more into learning how to create websites. He also spent most of his time after school hours researching about websites. In Class 10, he launched a site called, jasri.tk, in partnership with his classmate Srirag.

“I was keen to learn about everything-like how websites were created and how they worked and spent most of my after-school hours in the same pursuit. You could say that I was addicted to the computer but in a good way,” he recalls.

When Jawad was 17 years, he realised that there is a great scope for Web Development, he decided to register his first domain name – TNM Online Solutions and started running a company on 23 June 2013. His beautiful venture kick-started when he made an announcement through Facebook about designing a website at just Rs 1,000.

Jawad recalls those days. “I used to rush from school to office and stay there till 9 pm. Then, from home, I discussed business with clients up to 2 am.” As days passed, he got so many enquiries when he realised he lacked tech-based skills that were vital for website development. He learned to pick up lessons quickly and that’s how he lived up to his reputation.

“That is when I realised that I lacked strong tech-based skills that are important for website development, and to learn more, I even visited a couple of website design companies in Kannur and saw how they worked,” says Jawad.

What really presses the case is that he secured 85% in the higher secondary exams despite being fully committed to his venture. He had been offering designing services at a very less amount. Then, there was no money for advertising and the expenses began to rise. It came to such a situation that payment of incomes would be delayed. Jawad’s mother Farida came forward to make sure that her son should get their pay on time and offered her own golden bangles for the purpose.

After two years of testing and learning, TNM Online solutions had worked with over 100 small-scale clients within Kerala itself. “In this time, I learnt that more than revenue generation, it is one’s portfolio that matters,” he adds.

Jawad always loved to live in his own home because, despite the fact that his father was abroad, his family had always lived in rented houses. At the age of 19, his strong vision steered him to build a home of his own in Varam. Today, the 21-year-old Jawad works with clients from over 18 countries and has opened an office in Dubai as well, with a clientele base of over 900. 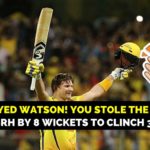