In a disastrous incident that is one to difficult to digest, a school principal in Sonipat allegedly raped a 16-year-old student in what is deemed contrary to the spirit of mankind. The principal had come up with a false excuse of helping her pass her Class X exams, while setting up a dummy student during the exams on behalf of the original student.

This disgusting scene just goes to show that how things are getting from bad to worse in India. Girls are not deemed safe in the world even in the 21st century. With the help of two other women, the school principal raped the innocent girl in a nearby house on the outskirts of Haryana somewhere in Gohana town in Sonipat.

Principal had earlier instructed the girl’s father to drop off his daughter at the former’s relatives house and leave the place. Catch News allegedly reported that while the dummy student who marked her presence on behalf of the original girl in suspicion, the principal raped her in his relative’s house.

When the girl’s father went back to pick her up from where he left off, he found her daughter in a pathetic state. The girl told his father about the heart-breaking incident that had happened inside the house and mentioned that along with the school principal, the other two women who the house belonged to, were also involved.

Knowing all these, the girl’s father rushed to the police station to register a complaint. It is learnt that principal as well as the two women have been booked under the Prevention of Children from Sexual Offences (POCSO) Act. During an interrogative session with the police, the victim’s father told that “He (principal) said another girl would write my daughter’s exam,” he said.

But unfortunately, the three people have escaped from the spot since Tuesday. “Soon after recording the statement of the survivor, we registered a case and a team of counsellors was asked to help the girl,” the police told TOI. 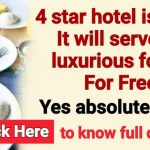