Name of a brand rises only if its marketing is done by popular faces. In year 2009, Mahendra Singh Dhoni, joined Maxx Mobile brand as its brand ambassador, which attracted people. During T-20 world cup, branding for this Mobile brand was so high that people started noticing it and its purchasing increased suddenly as planned by Mr. Agarwal. He has worked really hard to understand and become an expert in business field.

Founder of Maxx Mobile brand doesn’t need any introduction today and is a well-known face. He left his studies in the age of 14 Years. He used to teach children in Children Academy school and failed in class 9th because of which he decided to leave studies. After that he started working with his father’s Electronic Trade Business, situated in Mumbai not because of any financial issues, but due to his intertest in business field and he wanted to devote his all time to the business.

He used to serttle accounts for his father’s company and for which he was paid in between Rs 4000-5000. He started providing musical instruments, mobile phone accessories, gadgets etc to increase business and help his father. To understand business, he visited Malaysia and China too.

In 2008, he took a big decision to start production for mobile phones and started Maxx Mobile. Initially, he did not get good profit and very few Indians were in the business, but he started promotion for the phone and with the help of market feedback, he launched good 20 models in market. 2 sim slot phones were very much loved by people and this brand took place in market.

Ajay started his first factory for production in Mumbai, then in Haridwar and third factory he opened in 2009 in Mumbai again. He got good publicity and 80% selling’s due to the feature phones of his company. By the end of 2017, the company is expected to earn the turnover up to Rupees 1500 Crore, which is really amazing in today’s competitive world. 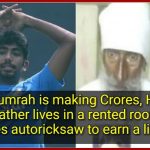 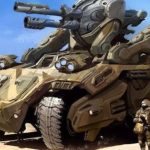