India is the most populous democratic country and is the 7th largest country by area with over 1.2 billion population in the world. Indian economy in 2017 is worth recorded as $ US 2.454 Trillion , according to IMF, which ranked it as 6th largest economy by market exchange rates. Below are top 10 richest cities of India based on their GDP(Gross Domestic Product ) helped India in making its identity among all leader countries.

Mumbai, also known as Bombay until 1995, is the capital city of Maharashtra, located in coastal of Maharashtra state. It is largest city and main hub for sea transportation business. Mumbai is the richest and most populous city in India, also 9th most populous agglomeration in the world. It has the highest GDP and generates 6.16% of India’s GDP. Mumbai has the huge number of Billionaires and Millionaires among Indian other cities.

Delhi, a city, a Union territory and National Capital Territory(NCT) of India is the 2nd wealthiest city in India. NCT covers 1484 square kilometers’ area, and has a population about 16.8 million, whereas Delhi itself contributes a population about 11 Million. Delhi has a total wealth of 450$ billion, so is a second richest city after Mumbai.

Kolkata, a capital city of West Bengal, located on the east bank of Hooghly River. Being the 3rd largest city in India, it has a population around 4.5 Million, whereas the population of city and its suburbs was 14.1 Million. It is also the 3rd most populous metropolitan area in India and ranged its economy from $60 to $150 billion, and that’s why it is the 3rd wealthiest city, after Mumbai and Delhi.

Bangalore, also known as Bengaluru, is the capital of Karnataka, which is in southern India on the Deccan Plateau. It is one of the most populous cities with the population of about 8.42 Million and the 5th most populous urban agglomeration in India or most productive metro area of India. Bangalore has huge number of IT companies located in the city and that’s why it is also called as the Silicon Valley of India, which contributes 33% of India’s IT exports.

Hyderabad is the capital of the Southern Indian state of Telangana de jure capital of Andhra Pradesh, occupies 650 square kilometers along the banks of the Musi river. Hyderabad is 4th most populous city and 6th most popular urban agglomeration in India with a population of about 6.7 Million. Muhammad Quli Qutb Shah established Hyderabad in 1591 and it is now 5th largest contributor to India’s overall GDP. It is also known as “Genome Valley “due to the emergence of pharmaceutical and biotechnology industries.

Chennai is the capital of Tamil Nadu and formerly known as Madras, which is located on the Coromandel Coast off the Bay of Bengal. It is considered as 4th largest city with a population over 100,000 and is 36th largest urban area by population in the world. It is also named as “Detroit of India” due to a major part of India’s automobile industry located in or around the city and is India’s 3rd largest trade city.

Ahmedabad is the largest city and former capital of Gurjrat and is also known as Amdavad, which is located on the banks of Sabarmati River, 30 KM from Gandhinagar (its state capital) which is its twin city. It is the 6th largest city and 7th largest metropolitan area of India with a population more than 6.3 Million. Ahmedabad has a huge hub of textiles and hand -made products, also it is largest supplier of denims and one of the largest exporters of gem stones and jewelry.

Visakhapatnam is Financial capital of Andhra Pradesh and is also known as “Vizag”, located amidst Eastern Ghats mountain range and the coast of Bay of Bengal and is administrative headquarter of Visakhapatnam district and Eastern Naval Command. With the population, over about 5 Million, it has been declared as most populous city in the state. It is one of the 100 fastest growing cities in the world which has GDP of 48 Billion.

Pune is the 2nd largest city of Maharashtra and is 9th most populous city in India, which is located 560 meters above the sea level on Decaan plateau on the right bank of Mutha River. Due to the well- known educational institutions in the city, it is also known as “Oxford of the East”. Pune is coming up as an extrusive location for IT and manufacturing and with variable earning sources as primary sources it has acquired a position among top wealthiest cities in India.

Surat is an economical capital and formerly princely state of Gujrat and is also known as “Suryapur”, which is located 22 kilometers south of the Tapti River. It is an administrative capital of the Surat district and is a port city. It is 3rd cleanest city of India and has a GDP of 40 Billion. 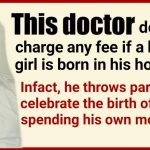