It really took people of this country by a surprise when Bharatiya Janata Party announced that Yogi Adityanath, one of the most controversial leaders in the state, was proclaimed the Chief Minister of Uttar Pradesh. Today, he took his oath as the Chief Minister alongside some other cabinet ministers and here’s what twitter had to say.

India needs a true yogic vision and guidance. Can Yogi Adityanath provide? Let us see. The Nath Yogis have guided the country for centuries.

Request #YogiAdityanath To Submit Degree Certificates To Get My Approval ASAP Before Resuming Office As CM Of Uttar Pradesh.#VikasPathPeYogi

I wish Yogi Adityanath & his team the very best in the service of people & success in development of Uttar Pradesh.

Abhinandan @yogi_adityanath ji. Under your leadership, today Uttar Pradesh will embark upon its Vikas Yatra.

Lessons for all career politicians. Get noticed. Somehow. Good bad right wrong whatever. Say what people want to hear. #YogiAdityanath

Education level in India is horrible

Hearty congratulations @yogi_adityanath ji on your role as the Chief Minister of UP. Best wishes for the future ahead.

#YogiAdityanath
Oh, Modi has moved from Mitron to Saffron?

#UttarPradesh on its way to becoming Uttam Pradesh. Will be attending oath taking ceremony of @yogi_adityanath ji & team in Lucknow.

Disturbing to see some thumping chests #YogiAdityanath appointment is a sort of victory of Hindu pride. Not my style of Hinduism or India. 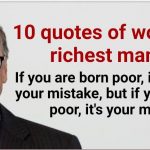 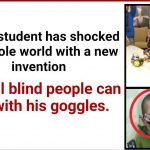